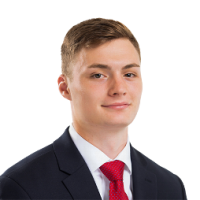 Are you Christian Braun?

STRENGTHS: Braun is an athletic, big wing that excels in transition and also in the half court. He’s a very reliable 3pt shooter on the move and with his feet on the floor. Braun is adept at using backdoor cuts when defenders overplay him to keep them honest. Braun has really good lateral movement and active hands on defense. He does a good job of staying infront and contesting. Braun plays with a ton of energy. He has a athletic profile that allows him to play over the rim but isn’t reliant upon that attribute to round out his game but rather compliment it. Braun is capable of containing the dribble penetration of shorter offensive players in the half court.
CONCERNS: Braun ist much of a shot creator off of the dribble. He also has a slower release on his jumpshot that may lead to some of his shots getting blocked at the next level. 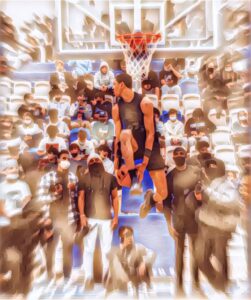