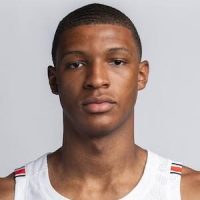 Are you Jabari Smith?

PLAYER COMPARISON: Jerami Grant, Rashard Lewis
UNDENIABLE SKILL: Perimeter shooting
STRENGTHS: Jabari Smith Jr. is a versatile big wing/forward that can stretch the floor and shoot the ball extremely well. His ability to guard and score on the perimeter and inside is what makes him such a attractive prospect. His skillset, height and his versatility allows for extreme flexibility from a roster construction standpoint. He’s capable of leading a break in transition, often taking the ball from coast to coast. Lethal in pick and pop situations. He’s able to beat defenders off the dribble with aggressive closeouts for respect for his shot. Gives great effort on defense. His activity level defensively is noteworthy. Rebounds well outside his area.
CONCERNS: Settles for a few too many contested jumpshots instead of opting to punish defenses. Not much of a rim protector for someone with his height, wingspan and athletic profile. His offensive ceiling could be uncapped if he develops more of a handle in the half court to maneuver in tight space to be more of a primary initiator instead of just an iso scorer/play finisher. 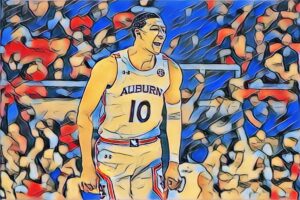