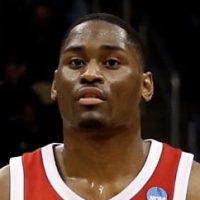 Are you Malaki Branham?

STRENGTHS: Branham has elite shot making ability. He has great touch on his jumpshot. He has a thick chest and sturdy build to create separation and absorb blows with his body. Very efficient from the midrange. He excels in attacking poor closeouts and utilizing DHO situations with his one and, or, two dribble pull ups.
CONCERNS: Branham doesn’t have enough wiggle in his dribble to create shots that aren’t under duress. Stiff framed and upright in his attacking style. Doesn’t display great burst. Displays poor screen navigation on defense. Moves like a plodder defensively often leading to immense separation from the guy he’s guarding leading to sub optimal switches or advantageous scoring opportunities. 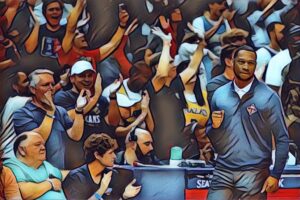